Adamed at the debate „Science – business – innovation: the challenges faced by contemporary medicine”

The speakers also discussed ways of advancing medicine and pharmacy without business sector support, the revised approach to promoting medical innovation and the security of supply for medicinal products.

‘Entering the world of proprietary medicine manufacturers will take our economic prospects to a new high. What we need now is to relentlessly press forward, regardless of any obstacles, to tip the scales in our favour (...). The Western world has a long history and tradition of successful drug development. We’ve only been doing this for several years, so we’re hard pressed to quickly obtain the necessary know-how and experience in this area. Adamed has recognised this need and taken a number of new initiatives in the area of social responsibility. First of all, for several years we’ve been implementing the ADAMED SmartUP programme, targeted at scientific-minded students aged 15–19 who dream about becoming scientists and learning from the best. We organise workshops, science camps and offer scholarships to top performing students. Secondly, this year we’ve been involved in the initiative of the Faculty of Pharmacy of the Jagiellonian University to create a new field of study, Drug Discovery and Development, with a view to preparing our graduates for the challenges of working for pharmaceutical companies. We are the strategic partner for that project’, said Bartłomiej Żerek.

The ‘Health Ambassador’ award is granted in recognition of the most interesting personalities from the world of medicine and pharmacy, as well as physicians and scientists who are engaged in efforts to promote patient welfare.

The following two institutions were also awarded the ‘Health Ambassador 2018’ title: Diaverum Polska (nephrology service provider) and the Świat Oka Ophthalmology Centre. The special prize of ‘Innovation Ambassador 2018’ was awarded to Mateusz Grzesiak (PhD in Economics) in recognition of his efforts to implement the mixedmentalarts system, designed to create innovative life change models for personal and business use by combining different psychological techniques. 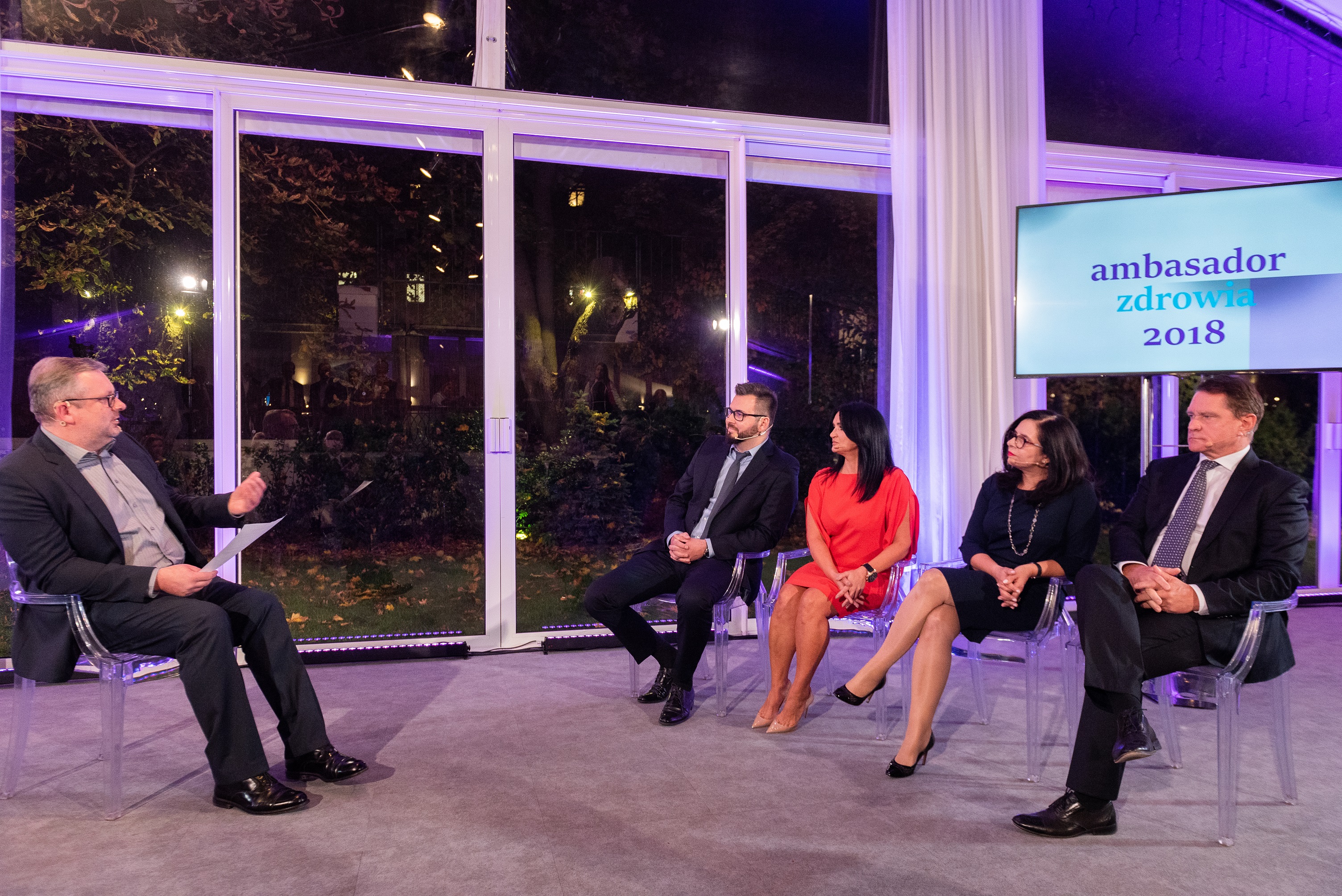