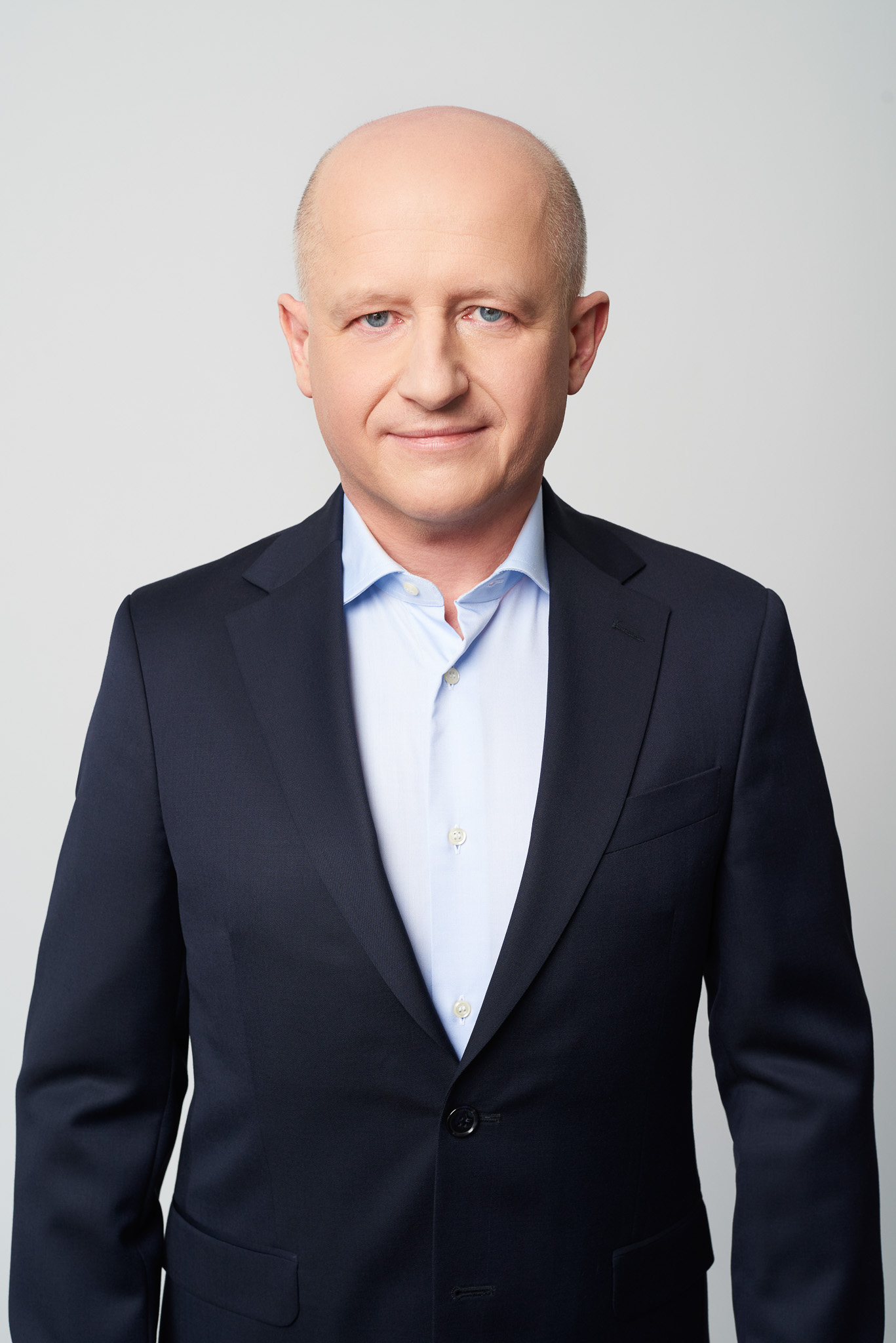 Member of the Management Board
at Adamed Pharma S.A.,
Managing Director

Graduate of the Foreign Trade Faculty at the Warsaw School of Economics, with a master’s degree in economics, and the Institute of Economics and Commercial Law at Taras Shevchenko National University of Kyiv.Before joining Adamed, he gained extensive professional experience working for financial institutions.

Between 1997 and 2008, he worked at the Pekao S.A. Central Brokerage House, where his career path led him from Analyst, through Project Manager and later Head of the Issue Preparation Team, to Director of the Capital Markets Department.

He has worked for shareholders and management boards of sector-leading companies, including but not limited to: Netia, Globe Trade Centre, TVN, Cyfrowy Polsat, Dom Development, Mercor, Ferro, Tracktec, and Adamed. He has advised on the privatisation processes of Bank Pekao, the Warsaw Stock Exchange, Tauron Polska Energia, and PGE, to name a few.

At Adamed Pharma, he has been serving as the Managing Director since 2012. He is co-responsible for strategy development and supervision of its implementation. He oversees key projects and participates in making strategic investment decisions and their financing. Member of the Management Board
at Adamed Pharma S.A.,
HR Director

He graduated from the prestigious Senior Executive Programme at London Business School. He studied HR during postgraduate studies at the Warsaw School of Economics. He also graduated from journalism at the Jagiellonian University in Krakow, and holds a master’s degree in law from the University of Silesia. He brings more than 18 years

of professional experience in HR management from both Polish and international organisations.

During his career, he was responsible for Poland, the CEE markets and the Baltics. He started his career in HR in the Paints and Varnishes Plant ŚNIEŻKA SA. In 2003, together with the Management Board of ŚNIEŻKA SA, he completed the company’s IPO on the stock exchange. Between 2005-2011, he was the HR Director responsible for change management and for the relationship with the social partner at Fresenius Kabi, the international pharmaceutical conglomerate. He then moved to L’OREAL Group where he worked as the HR Director until 2013.

He has been the director in charge of the Human Resources Management Sector at Adamed Pharma since early 2014. Over the last few years, he has been establishing Adamed’s growth strategy and participating in the development of global strategic- and operational plans within his area of responsibility. He has been successfully building an engaging workplace and creating a corporate culture based on the company’s values and founder’s mentality. He is responsible for creating and implementing transparent processes for all key activities in the organization.

A Member of the Management Board at Adamed Pharma S.A. since January 2017. Member of the Management Board
at Adamed Pharma S.A.,
Director of Commercial Affairs
and Business Development

Graduate of the Department of Pharmacy, Jagiellonian University Medical College in Krakow, with first-degree specialization in retail pharmacy. Her career has been linked to the pharmaceutical industry for over 15 years. She has built her professional experience both in original and generic pharmaceutical companies (Servier, Ipsen, Adamed,

Egis), originally in the sales area, then working her way up into operational marketing and business development.

Sylwia Berdzik-Kalarus has been working for Adamed since 2013. She initially built the Strategic Marketing structures and since 2016 she has been responsible for the entire Adamed Business Development and Product Portfolio Management Department. In March 2021, as Director of Commercial Affairs and Business Development, she took over the management of commercial operations both on the Polish and foreign markets.

She is co-responsible for the development and deployment of Adamed's global strategy, including the pipeline creation, and for the company's successful adaptation to the changing market environment. Among other fields of expertise, she is in charge of operational and strategic marketing, sales and distribution management both in Poland and on international markets. The scope of her professional duties also includes managing the Innovation Department, with coordination and creation of development strategies, and commercialization of innovative molecules in the therapeutic areas of CNS, oncology and diabetology. Member of the Management Board
at Adamed Pharma S.A.,
Chief Operating Officer

as WSB University in Wrocław, among others.

He has worked at Adamed since 2009. Since 2013, he has been a Member of the Management Board and Chief Operating Officer. He is in charge of the co-development and implementation of the strategy for the development of broadly understood supply chain, including production, quality, logistics, and technology. 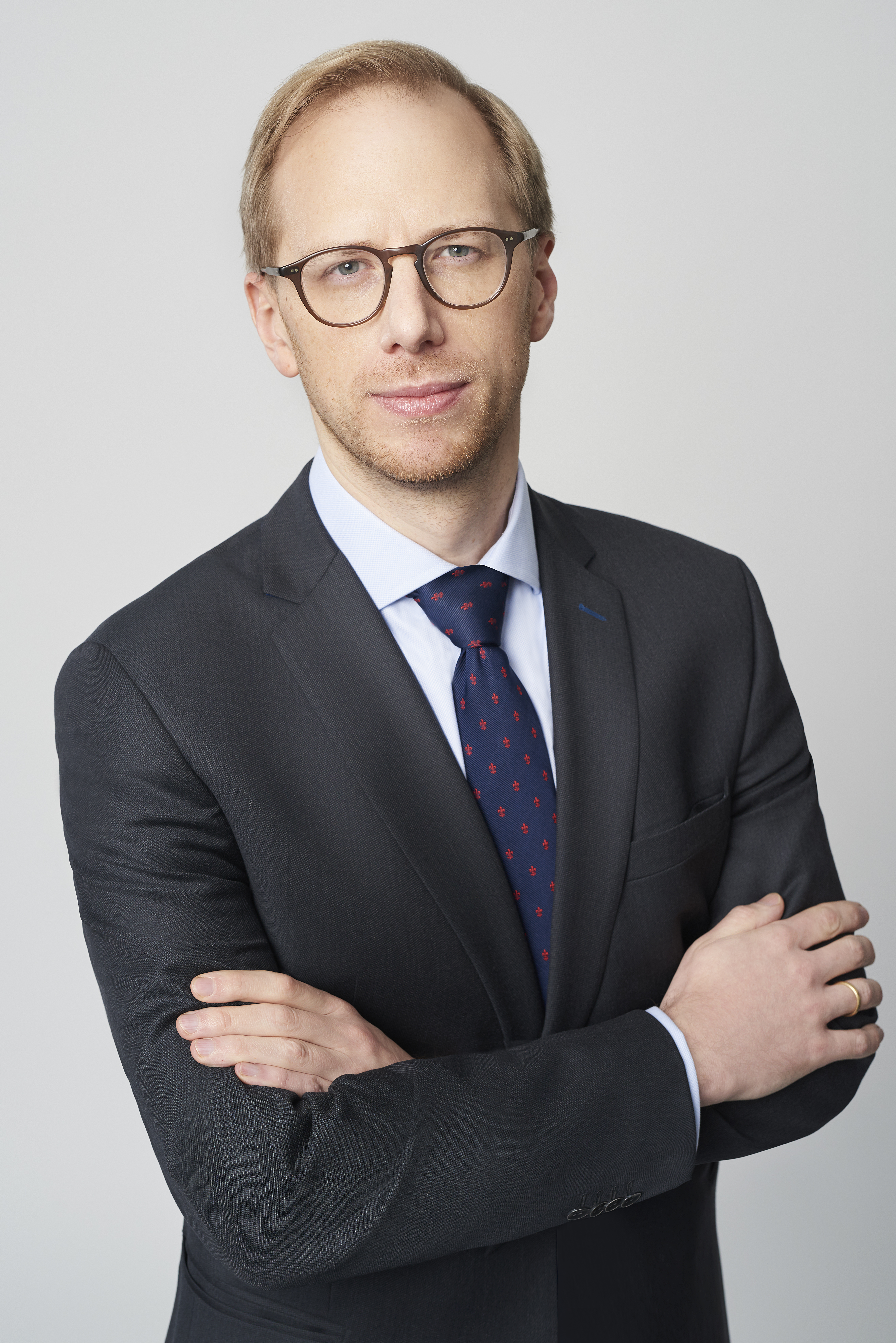 Member of the Management Board
at Adamed Pharma S.A.,
Chief Financial Officer

At Adamed Pharma since 2017. As the CFO, he is co-responsible for shaping and implementing financial and international strategies, introducing technological tools, including the use of modern cloud solutions, and effective management of the Financial Area, which comprises: Controlling, Liquidity Management, Accounting, Procurement, IT and Data Management. 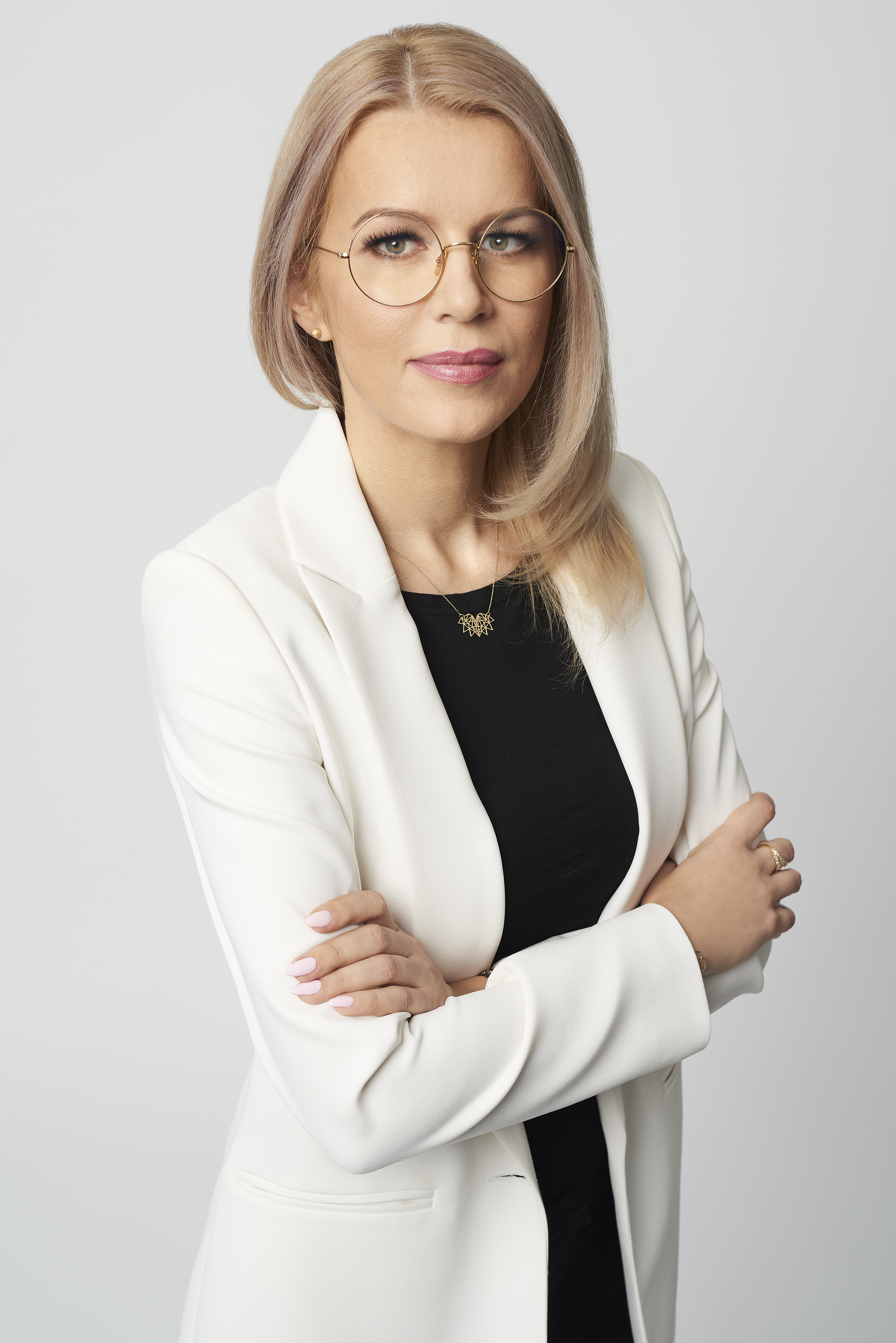 Member of the Management Board
at Adamed Pharma S.A.,

Graduate of Biotechnology from the Faculty of Chemistry, Gdańsk University of Technology, Poland. Executive MBA holder from the Kozminski University in Warsaw, Poland.
Holder of Postgraduate Diploma in Business Management and Project Management from WSB University in Gdańsk, Poland.

Professionally involved in research and development for the past 20 years. Between 2002 and 2014, she worked at ZF Polpharma S.A., holding a number of positions, including R&D Project Team Coordinator, Regulatory Affairs Project Manager, and Head of Analytical Development Department. During that period, she was in charge of a range of both national and global initiatives, including the harmonization of registration dossiers for WZF Polfa Warszawa products, or the introduction of European R&D standards in the largest local drug factory based in Kazakhstan.

She has been with Adamed Pharma since 2015. Initially, she served as Generic R&D Director. Since 2018, she has been holding the position of Director of Research and Development. She is co-responsible for the development and implementation of the R&D strategy – including the expansion of the Company’s product portfolio – by managing a full range of R&D projects from the stage of conceptualization to marketing authorization in nearly 80 markets worldwide. Her job responsibilities include managing the operation of development laboratories (performing analysis, organic synthesis, preformulation, formulation), coordinating the area of R&D pilot production, and managing teams in charge of clinical trials conducted by Adamed and the Regulatory & Pharmacovigilance Department.

Since April 2022, she has been a Member of the Management Board at Adamed Pharma S.A.