Winners of ADAMED SmartUP will take part in an individual educational consultation programme with distinguished Polish and international experts and scientists who will develop and conduct an individual teaching programme for each of the winners, adjusted to their potential, needs and aspirations.

Agata Janczak
Ambitious and conscientious, always smiling and polite is how her chemistry teacher described her. She is a student at XIV Liceum im. Stanisława Staszica (Stanisław Staszic Memorial High School No 14) in Warsaw. A finalist in the Regional Education Authority’s Chemical Competition and member of numerous scientific clubs, she also reached stage 2 of the Chemistry Olympiad. She completed an internship programme at the chemical laboratory of the Warsaw University of Technology, where she worked on the development of acyclovir. In the future, she wants to become a paediatrician. In addition to intellectual development, she also pursues her passions – sailing and traveling. She is also member of a volleyball team and with her drama group, she performs at festivals all over Poland.

Jaromir Hunia
His biggest passions are chemistry and biology and his dream is to conduct scientific research. He comes from Brzostek in the Podkarpacie Voivodeship, and he is a student at the I Liceum Ogólnokształcące im. Króla Władysława Jagiełły (King Władysław Jagiełło Memorial High School No 1) in Dębica. He spent his last summer holiday doing research work on biopolymers, attended lectures and laboratory workshops at the Rzeszów University of Technology, qualified for the Regional stage of the Ecological Knowledge Olympiad, and won first place in the District Ecology and Chemistry Competition “Human, Chemistry and Environment”. He admits he is passionate about wild forests and watching nature up close, especially in the Bieszczady Mountains.

Milena Malcharek
Milena realised that not only sugar and salt are “white death” and that every fully-fledged scientist has experienced at least one explosion in their lifetime when she was wondering how to get nitric acid for home-based production of nitroglycerine. She is a graduate of the Publiczne Gimnazjum nr 52 Ojców Pijarów (Piarists’ Public Junior High School No 52) in Kraków, which is also her home town, and she has been a finalist in numerous competitions, including the Małopolska Biology Competition, which she won. She says she likes unusual combinations, especially when it comes to TV shows, which would explain her love for House M.D. and The Penguins of Madagascar. She also takes drama classes.

Mateusz Wawrzeńczyk
He comes from the small town of Micigózd in the Świętokrzyskie Voivodeship and he is a graduate of Liceum Ogólnokształcące im. św. Jadwigi Królowej (Saint Hedwig Memorial High School) in Kielce. Back at junior high school, he was five times a winner in biology, chemistry and physics competitions. In addition, he is a finalist in the XXIX Ecological Knowledge Olympiad and winner of the XLIV Biology Olympiad, in which he won a silver medal and came 11th place in Poland. Apart from school activities, he participates in the “Szlachetna Paczka” (Noble Box) campaign and works as a volunteer at a Children’s Hospital and World Youth Day events.

Maria Michna
Passionate about biology, chemistry and mathematics, this inhabitant of Szałsza in the Silesia Voivodeship studies at the III Liceum Ogónokształcące z Oddziałami Dwujęzycznymi (High School with Bilingual Classes No 3) in Zabrze. In the future, she is planning to study medicine and she has already started to gain experience in this domain. Among other things she has been a volunteer at the Artificial Heart Laboratory of Zbigniew Religa Foundation for Cardiac Surgery Development. Winner of the voivodeship chemistry competition. In her spare time, she is active: she loves horse-riding, hiking and walking with her dog. She is Amateur Dressage Champion of 2015.

Maciej Draguła
His biggest dreams are to study astronautics and work as an engineer with NASA. His “Innovative Tank” project took him to the finals of the E(x)plory Competition, which is – as he admits – his most important scientific achievement. He lives in Kąty Wrocławskie, in the Silesia Voivodeship. This year, he graduated from the XIV Liceum Ogólnokształcące im. Polonii Belgijskiej (High School No 14) in Wrocław. In addition to increasing his scientific achievements, he also pursues interests in political and economic sciences, which is backed by his membership of the European Youth Parliament.

Wiktor Czepczyński
He is not afraid of what he doesn’t know because he is hungry for knowledge and experience. This is how this pupil from Międzychód in the Wielkopolskie Voivodeship Province and student at the Zespół Szkół Sióstr Urszulanek SKJ (Ursulines’ School Complex) in Pniewy, where he was the head prefect, describes himself. Winner of the voivodeship SuperMathematician competition, he gives free lessons in mathematics and is an active member of the chemistry club. With his team, he came first in the district stage of the Chess Competition and qualified for the Voivodeship stage. He is very active in his spare time, most often swimming in the nearby lakes.

Jakub Wornbard
This 16-year-old local from Gorzów Wielkopolski graduated from Społeczne Gimnazjum Stowarzyszenia Edukacyjnego (Community Junior High School of Educational Society) this year, located in the same city. He won the Voivodeship Physics Competition and English Competition. He came fourth in the nationwide programming competition in the junior high school pupils category.  In addition to science, he devotes much time to other interests as well: playing bass guitar and learning foreign languages: English, Spanish and German.

Jakub Dranczewski
He describes himself as a man of passion. With his invention, the jRed device, used for controlling audio and video devices, he came fifth in the voivodeship competition  “Lubuskie Voivodeship Inventor”. In addition, he has won voivodeship competitions in physics, mathematics and chemistry, and is also a member of the Młodzi Lokalni (Young Locals) association. His biggest passion is physics, which he also has plans to practice in the future. Apart from physics, he is also interested in mathematics and programming. He comes from Zielona Góra, where he is student at I the Liceum Ogólnokształcące im. Edwarda Dembowskiego (Edward Dembowski Memorial High School No 1).

Małgorzata Róg
This 16-year-old from Mielec won the Voivodeship Mathematics Competition when she was just a second-grade student. She was first in the junior category of the Nationwide Cosmic Knowledge Competition and she is also a finalist in the Junior High School Mathematics Competition. Her biggest dream is to work in science. For eight years, she was a member of “Abrakadabra” dance group. Winner of the “Young Prodigies” certificate awarded every year to talented youth by the Mayor of Mielec. Her biggest dream is to work in science and she is on the way to making this dream come true.

A third opportunity to get your dream scholarship!

Do you want to embark on this amazing adventure? Are you dreaming of a scientific career? Admission for the third programme was opened on 1 September at www.adamedsmartup.pl. Join in and compete for a unique scholarship! 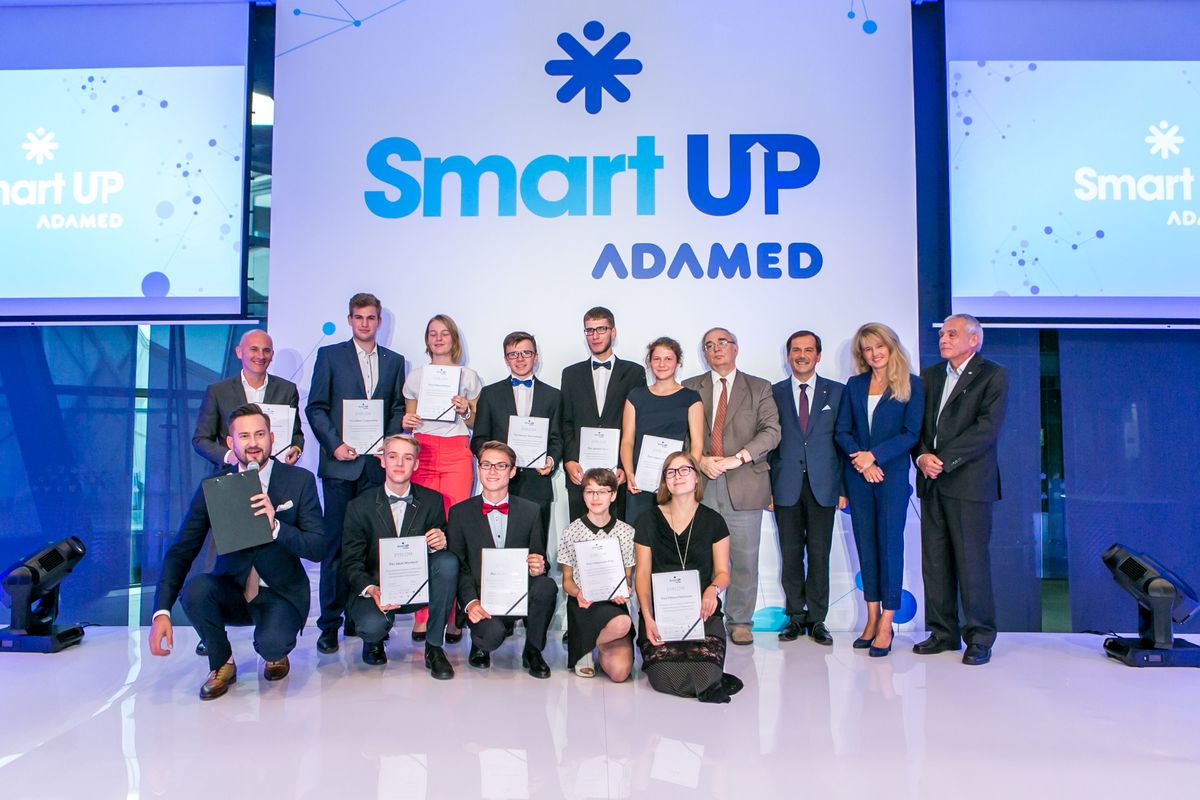 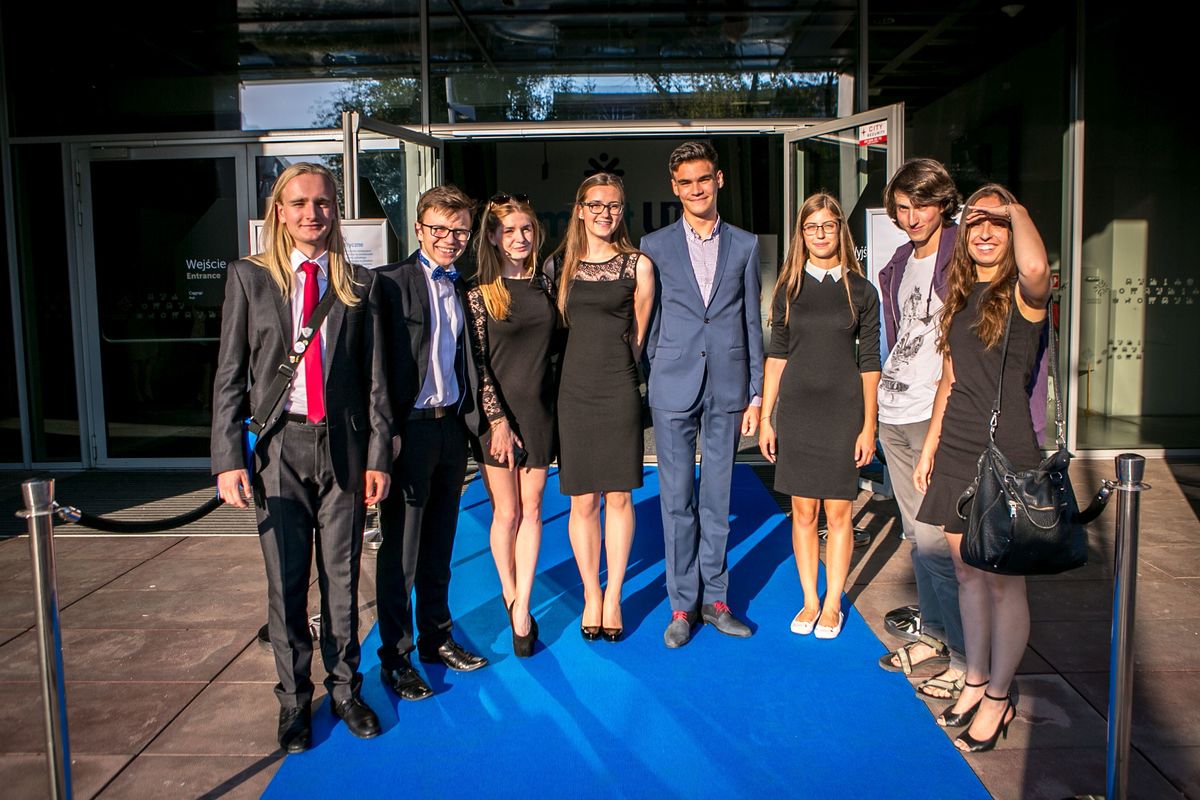 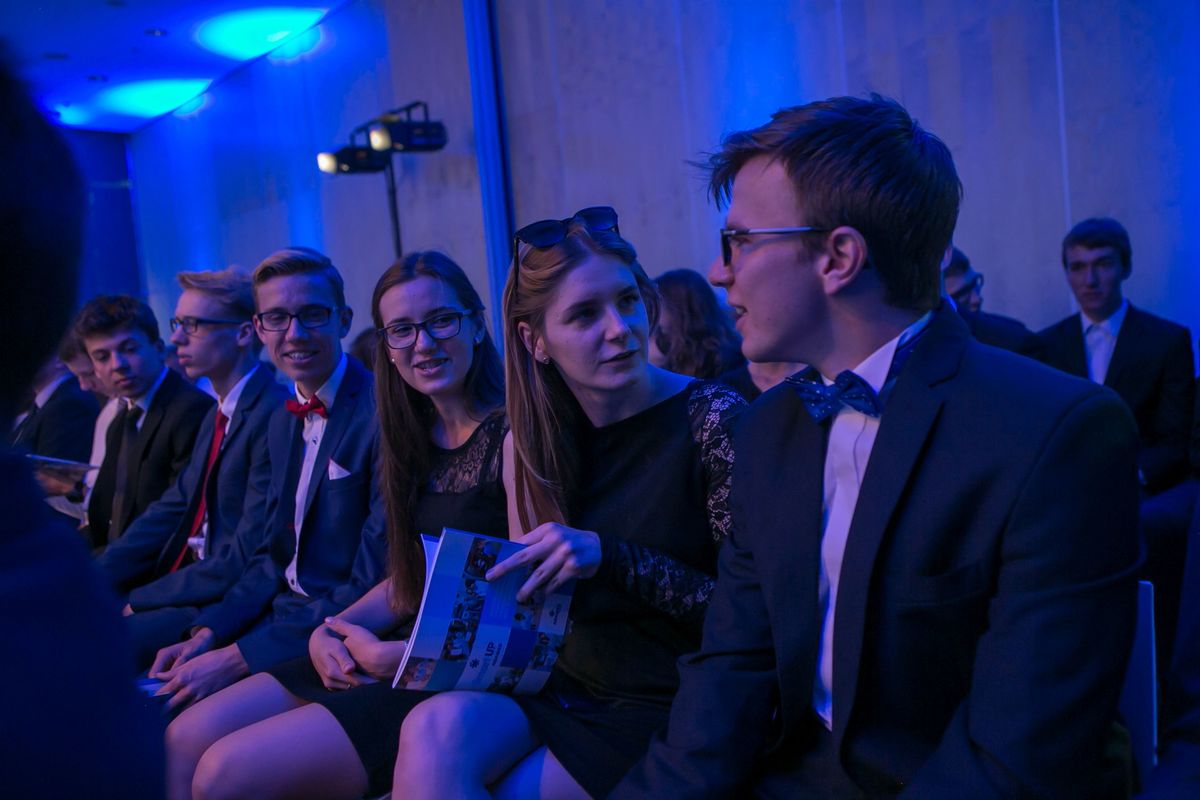 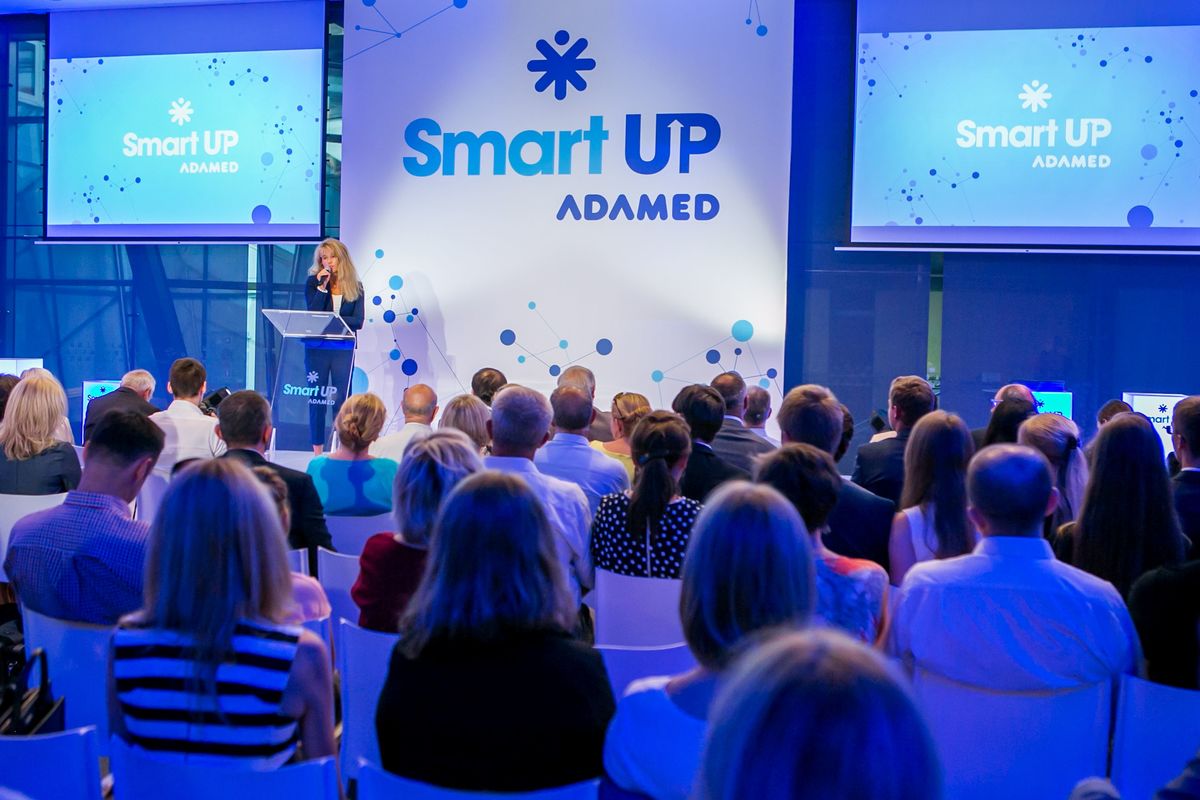 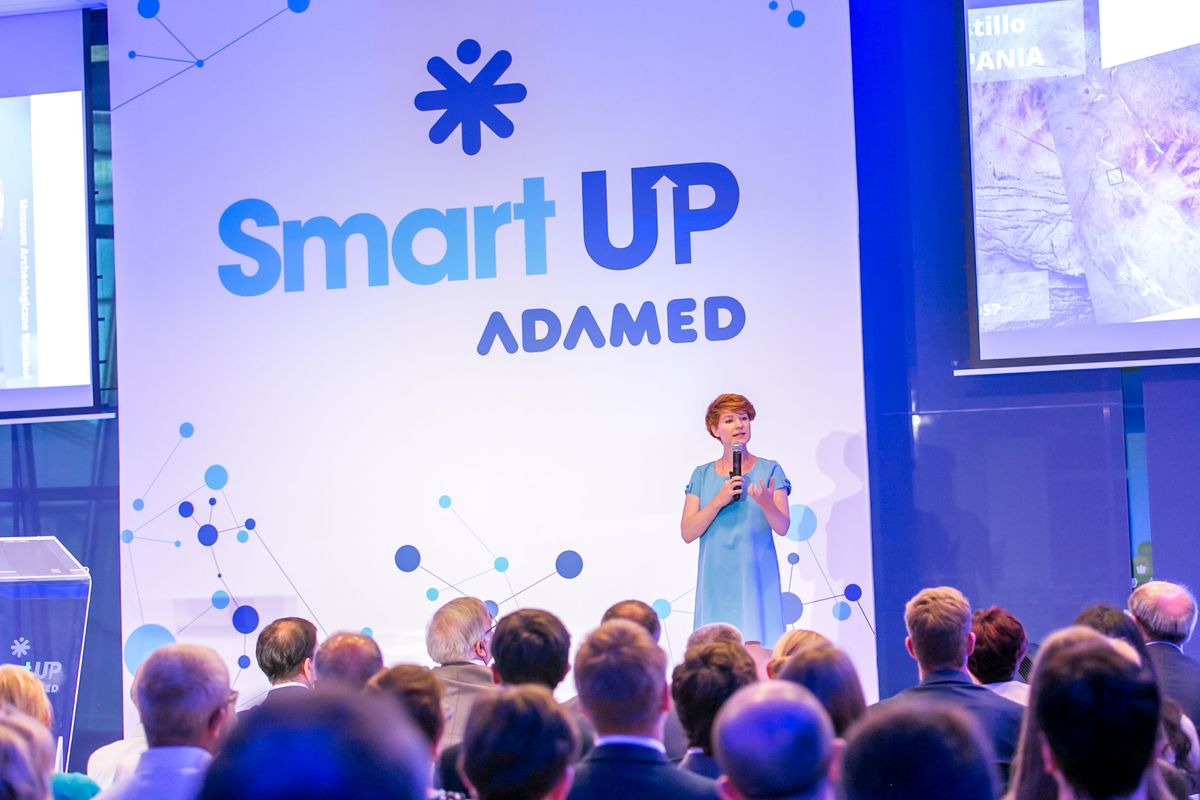