Adamed’s high position in this year's ranking can be attributed to such aspects as overall importance to the economy, competitiveness in the industry, foreign operations, and innovation capability.

On 15 December 2021, Polityka Insight published the 4th edition of its report featuring a ranking of Poland’s largest companies: “National Champions. How They Support the Environment?”. Adamed Pharma scored 60 points as the average value of the NC 2021 ranking index. Based on that result, the company took a high 6th place among all ranked companies and earned the title of “National Champion”. The NC index, which was used by the analytical team to compile the final ranking, is calculated from each company’s average score in four key categories: economy, industry, foreign market presence, and innovation. Adamed was assessed as one of 126 Polish non-financial capital groups employing at least 100 people and recording revenues in excess of PLN 1 billion per annum.

This year’s edition of the ranking shines a clear spotlight on environmental issues. Green economy is also an important element of Adamed’s growth strategy. Moving toward a circular economy, reducing the consumption of heat and electricity, and cutting down on greenhouse gas emissions are some examples of the company’s efforts in this field.

The complete results of the study are available HERE

The document has been compiled by Adam Czerniak, chief economist at Polityka Insight, and Radomir Matczak, expert on climate and regional development. 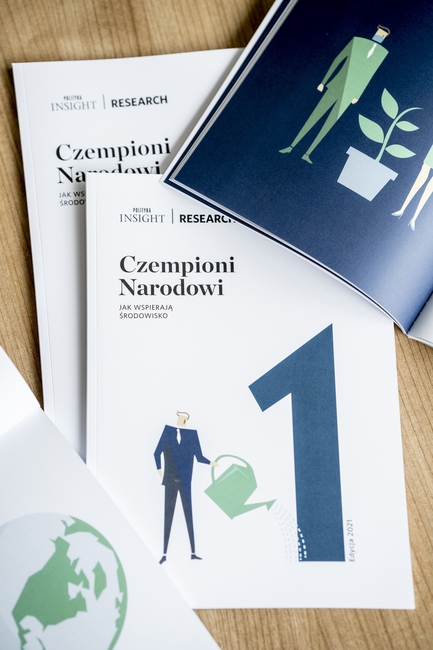